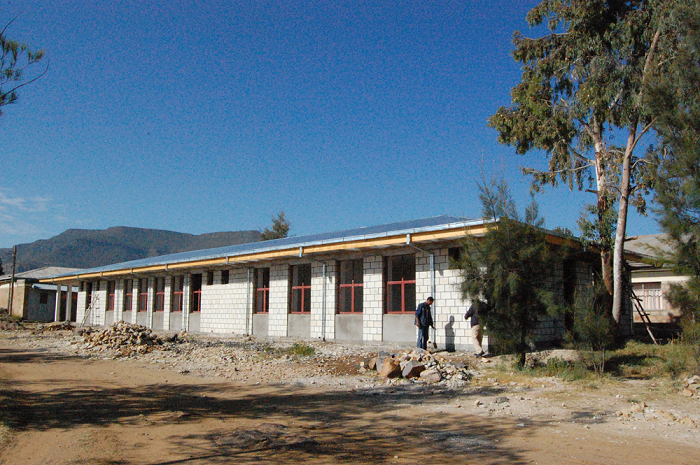 ADIGRAT – ADIGRAT
In March 2010 was inaugurated the new department of Maternity and Pediatrics of the city hospital in Adigrat, Ethiopia, realized thanks to the financing of an Italian philanthropist, Mario Maiani, and to the collaboration among St. Gallicano Institute, IISMAS, Tigray Health Bureau (THB) and the Ong Ethiopian TIHDA. The choice to strengthen the hospital of Adigrat with the new Department has been finished from the Tigray Ministry of Health (Tigray Health Bureau), on the bases of the priorities established by the local Government to continue the improvement of the net of services and the promotion of the public health. The hospital, despite having catchment area esteemed in around 1 million people (of which the majority is less than 18 years old), it was missing until today a department devoted to the maternal-childish cares and of the relative specialised medical (paediatrician and gynaecologist) figures.

The Department is equipped with 30 beds, of which 6 of neonatal; it has a labour and birth room, spaces reserved for the nursing and physician staff, a pediatric clinic with the relative office of patient recording and attended room. The equipment includes two concentrators of oxygen, as many incubators and instruments for phototherapy and a reanimation posting. This equipment guarantees a meaningful expansion of the existing technical endowments in Tigray and set the hospital of Adigrat to the state-of-the-art in whole Ethiopia, on a part with very few other structures present only in the capitalAddis Abeba

At the opening of the centre to the first born was given the name of “Addis” that in the local language, it means “New.” The monthly average of births has been equal to 116 born, in the period from March 2010 to May 2012 they were over 3.000 the children born and the women that had been able to receive assistance and cares.